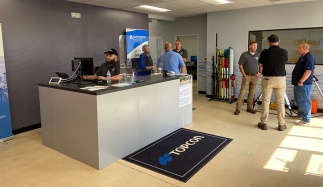 As companies around the world have emerged from pandemic-driven shutdowns, differences in the directions they’ve taken have become obvious. Many have, understandably, opted to remain conservative in areas of research and new product development — uncertainty, in many cases, is warranted. More puzzling, however, is the degree to which those same companies have failed to bring their customer support efforts back to life, missing entirely the degree to which users often rely upon such service for their very livelihoods. Bucking that counter-productive trend, Topcon, through its lineup of Topcon Solutions Stores (TSS), has instead chosen to dramatically upgrade the customer experience, revamping existing stores, creating new ones and building out the TSS brand, all with an emphasis on support. Doing so has not only proven extremely popular with customers, it has also helped reinforce the notion for many area dealers across the Topcon network that knowledge is truly key.

The current lineup of 13 TSS locations grew out of the acquisitions seven years ago of several independent Topcon dealerships. One of the early purchases included Griner & Schmitz, a Kansas City-area Topcon dealer with a 100+ year history and a specialty in land surveying. According to Jim Martin, the former G&S manager and current Topcon Director of Business Development, the goals for establishing TSS were many.

“Foremost was the fact that Topcon wanted our own channel for getting products into the hands of customers,” he said. “However, we didn’t want to do that to the detriment of our existing dealers, particularly those with a well-established local history; we always need them to be a part of that effort. But we wanted the many benefits that come from a company-run operation — the freedom to introduce new products, for example. Our stores could also serve as a test bed/incubator for new Topcon products, something we can’t necessarily expect of a dealer. Ultimately, we wanted to take this collection of former dealerships and bring them together with a common mission and a unified, recognizable image for customers everywhere.”

With a number of stores already in place, TSS underwent a major reorganization in 2019 that sought to further prove the axiom “in unity there is strength.” At that time, each store under the TSS umbrella operated semi-independently, with its own store manager. The changes brought about a more unified structure, with a nationwide professional services group for training and support, a single national sales structure, and more.

“Now we have sales managers whose main job is to help salespeople become better at what they do,” said Martin. “We share resources, including training personnel who move around to where they are needed. Rather than having someone at each store expected to ‘know it all,’ we now might have an instructor teach a class at one store and then, two weeks later, be teaching that same class at another store. It’s a far more effective way to handle it.”

In establishing the TSS lineup, Martin acknowledges that the company has also undertaken many of the headaches that an independent dealership would normally assume — costs of overhead, additional responsibility, etc. “While those do present challenges of their own, they are offset by the control that comes with having our own retail outlet,” he said.

Perhaps one of the biggest upsides to having one’s own retail channel is the opportunity to establish and develop the preferred support structure surrounding that effort. With that in mind, training was always at the heart of any new direction TSS would take, according to Martin.

“Our products are highly technical in nature,” he said. “So, to maximize their effectiveness and realize their full potential, training and support are a must. One of our key focuses when developing each new store is that every location have three individual elements to it: a showroom to spotlight the products; a fully-equipped service center; and, finally, a well-designed, comprehensive training center. In addition, we want each training center to offer one area specifically designed for software/hardware training and another to allow attendees to get hands-on experience with the equipment.“

He added that a commitment to training was a big component of the Platinum Partnership arrangement Topcon enjoys with Autodesk. “Like us, they see and know how important software training is. Training is an ongoing, evolving effort. But we truly feel that, in today’s competitive world, the company that offers the best training/support will have the most repeat customers.”

While the rationale behind promoting the strategy of training was solid, the timing could not have been more unfortunate for TSS. Almost immediately after making it a key priority in March 2020, COVID reared its ugly and disruptive head, essentially making all efforts to move forward a moot point.

“We were pushing to have all the training centers open and available for classes to begin,” said Martin. “Well, with the virus ramping up as it was, the last thing anyone wanted to do at that time was sit in a classroom. During the ‘downtime’ that the world experienced, we did shift to an online training model and kept people taken care of in that manner as best we could. However, we also used that time to refine our business model and get things primed for the return to normalcy. In no way did we let COVID deter us from our goal. When things started opening up, we were ready for it.”

That preparedness seems to have paid off in spades. Martin said the demand for training in both the software and hardware areas has been robust, to say the least. “On the software side alone — Autodesk along with the Topcon software solutions such as MAGNET, Pocket3D, 3D-MC, etc. — we are filling classrooms,” he said. “We recently relocated and expanded a store in Annapolis Junction, Maryland and that classroom has been filled almost continually. The demand is there and we are poised to meet it.”

According to Mark Contino, Topcon vice president and head of its Retail Division, that demand reflects a sense of urgency facing construction — an industry which has traditionally lagged behind others in technology adoption. With significant post-COVID infrastructure investments coming, he sees that industry at something of a tipping point.

“The demands facing construction today will require automation and efficiency; it’s not an option anymore,” he said. “But as the industry is changing, we are changing with it. That is the real power behind teaming Autodesk software with Topcon measuring and positioning technology. We deliver a complete solution to our customer — then back it with best-in-class training and technical support. Locally. Right where they need it and want it.”

Not Just a Pretty Face

While the look and feel of each store in the line was important from the outset, the real thrust of the TSS message has been: “Here is a team that can help you use your Topcon solution to the best of its ability and truly gain the productivity that was promised.” Martin said that message could not be timelier.

“These are some very challenging times for many of the industries we serve,” he said. “In construction, for example, it is extremely hard to get — and keep — people. However, if we can sell a customer a product that will make one of his or her employees work as efficiently as the two or three they lost in the pandemic, that’s a powerful position. If we can help a brand new employee quickly be as efficient as someone who has been there for 20 years, that’s hard to beat. The training sessions which are taking place at every TSS location, are the keys to maximizing the power of each instrument or system we sell.”

He added that class sizes for the training sessions are generally in the six- to eight-person range, feeling that too many people turns the class into a lecture. “Everyone learns at a different pace and in different ways, so a smaller class allows the instructor to adjust as they go. While we have specific items to teach, how they are taught is left up to the instructor.”

Because they are in such a unique position, each TSS location has been tracking progress of various approaches being taken across the full spectrum of stores and compiling metrics ranking just how successfully they’ve performed. Martin said one of the first things they do with that data is share it with area Topcon dealers.

“We do so to make their operations better,” he said. “It’s important to note that we are not in competition with the other dealers. At the root of it all, TSS is Topcon, and we want all those dealers to be successful. So, if we have a formula or system that is working well, we are going to share that and suggest they try it as a way to better sell Topcon products. Based on what we’ve seen from our stores, we’ve already recommended to some dealers that they consider adding a training center. We help them see that training yields a serious uptick in production for their customer which, in turn yields profit. That’s hard to dispute.”

Martin added that one of the more interesting aspects of his job is balancing TSS’s national structure with the flexibility and customizability needed to make sure the customer gets the most value from his or her purchase. The training push is at the heart of that. “This concerted emphasis on training and support is proving to be one of the best moves we could have made as a company,” he said. “And, as we continue to grow, we are excited to take that message — and its benefits — to more and more of our customers.”

Send us a message 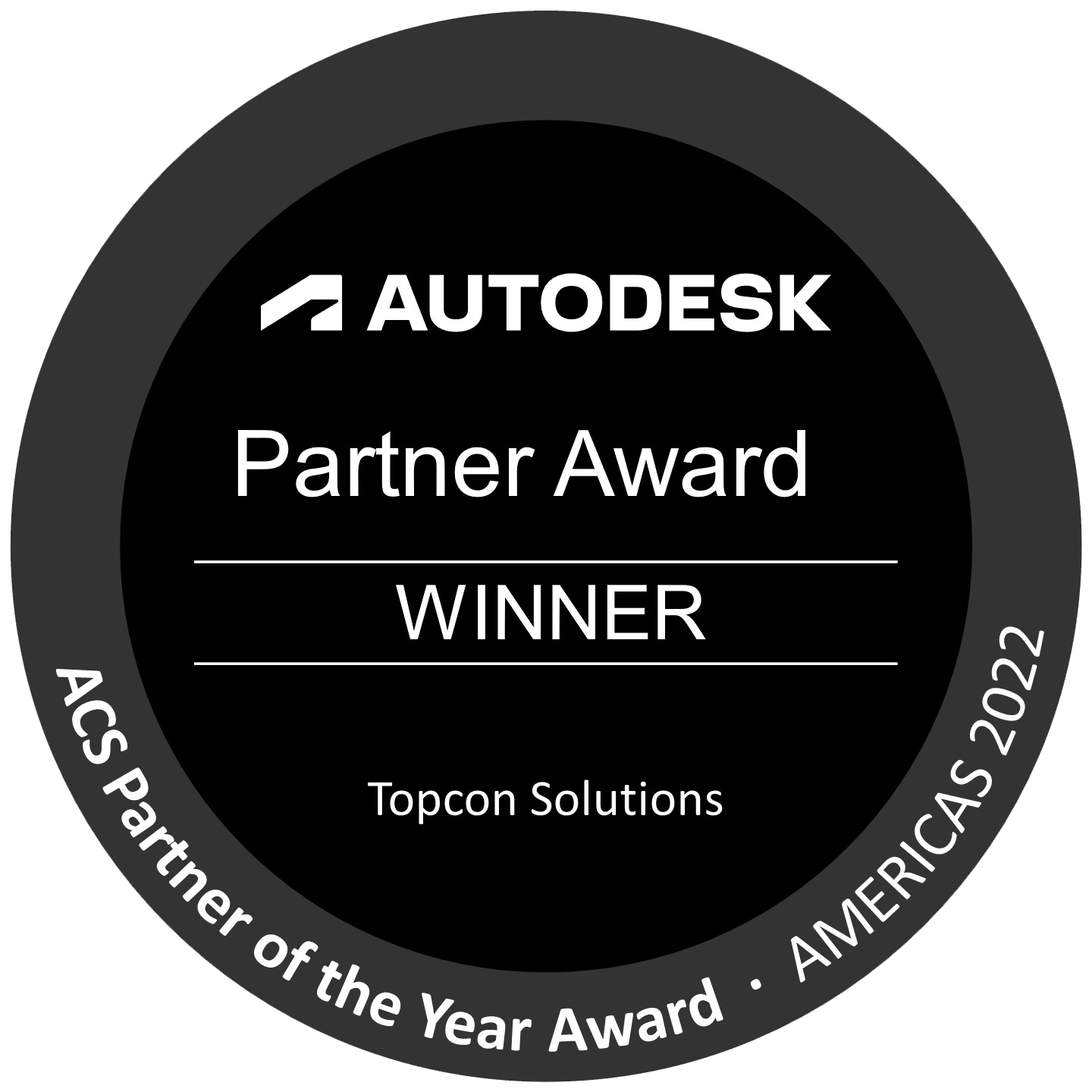 Don't miss out on important news & updates from Topcon Solutions.